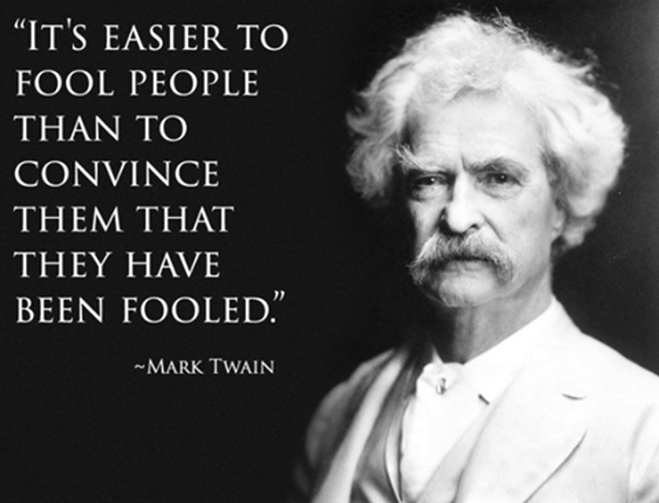 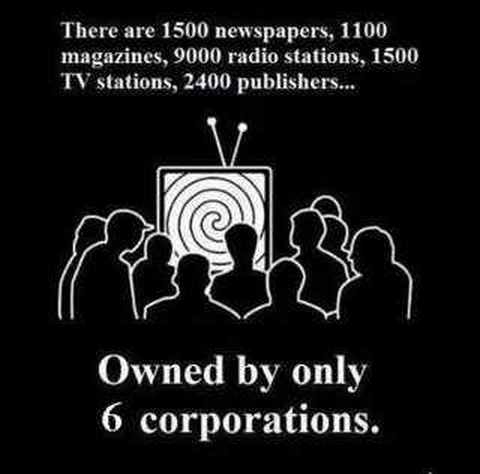 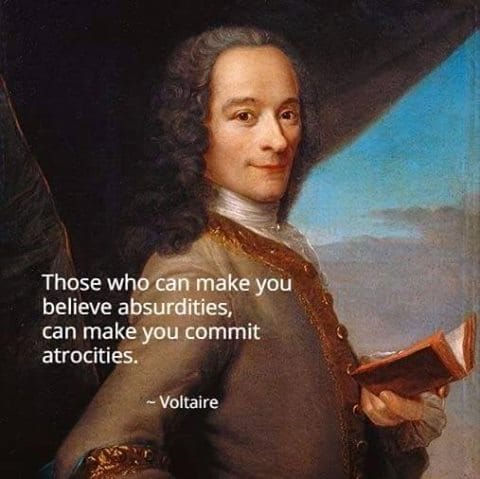 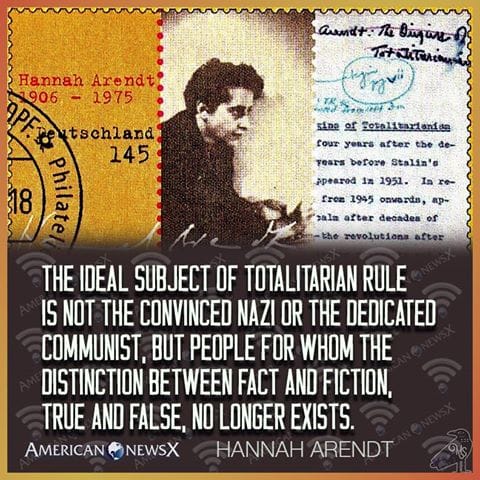 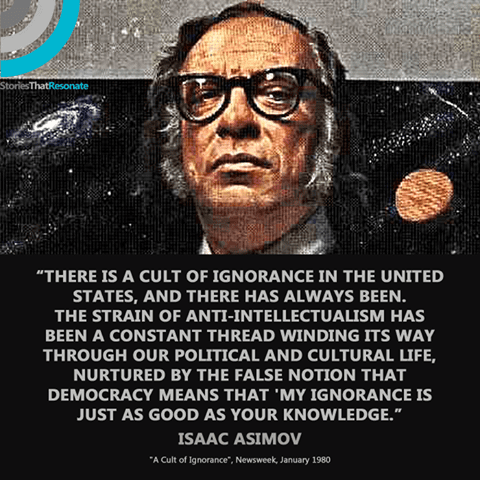 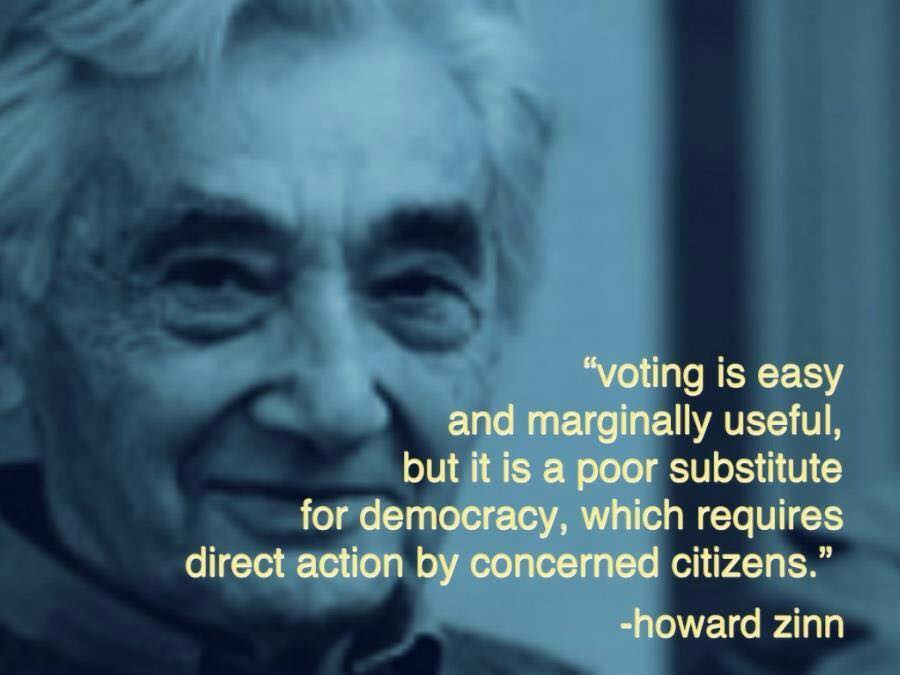 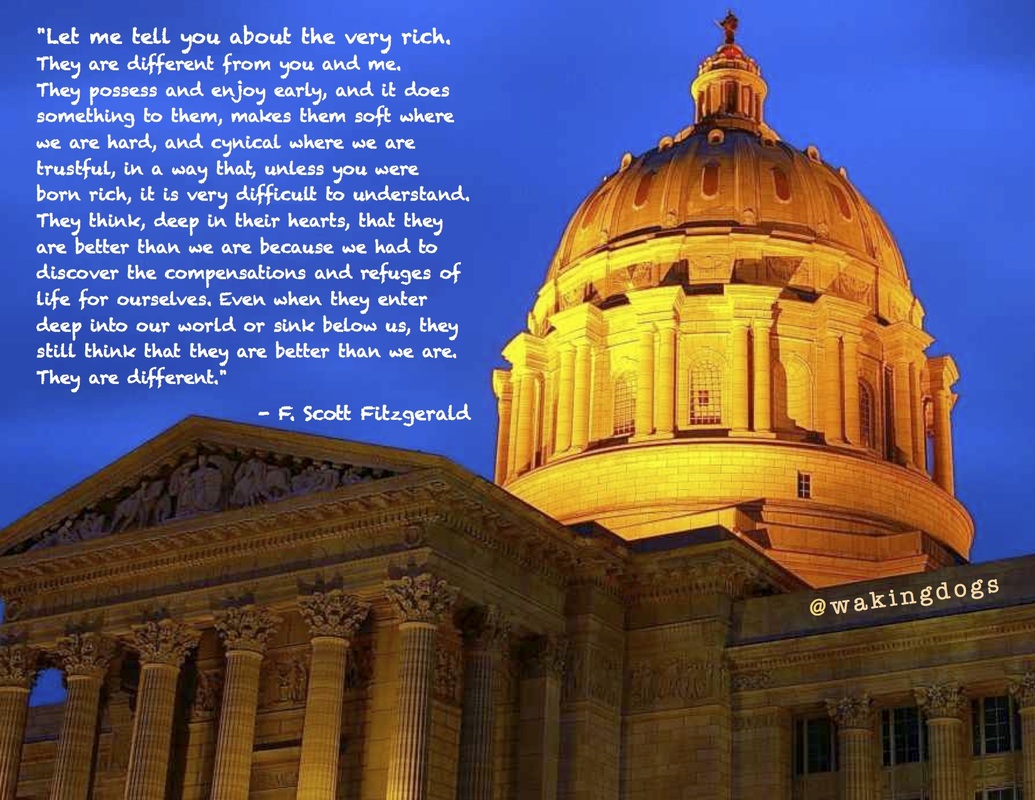 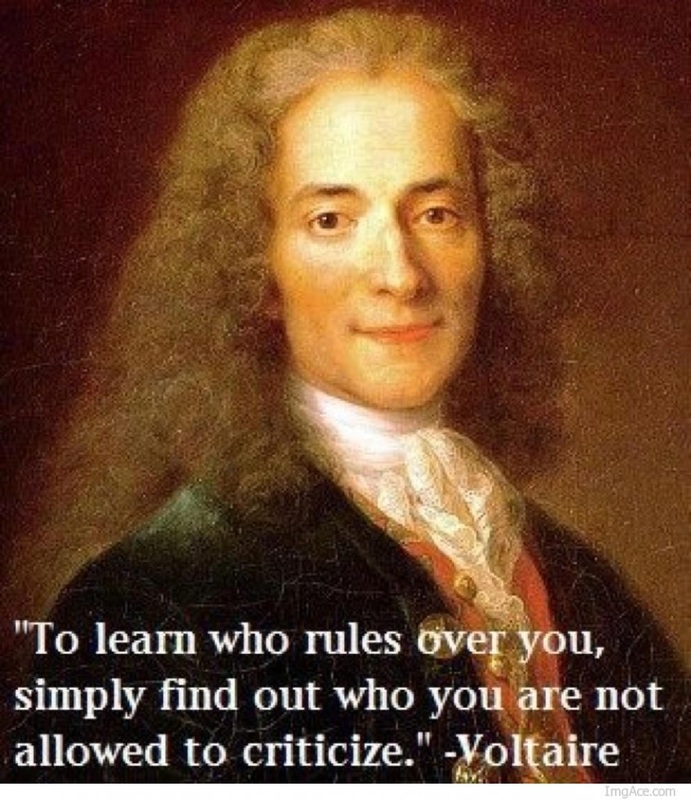 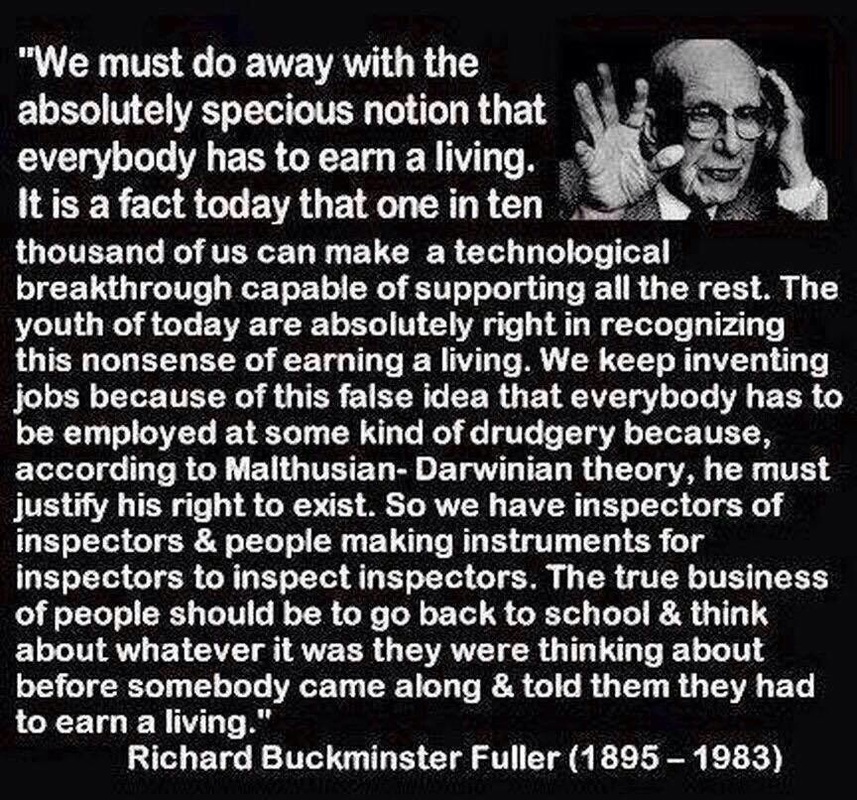 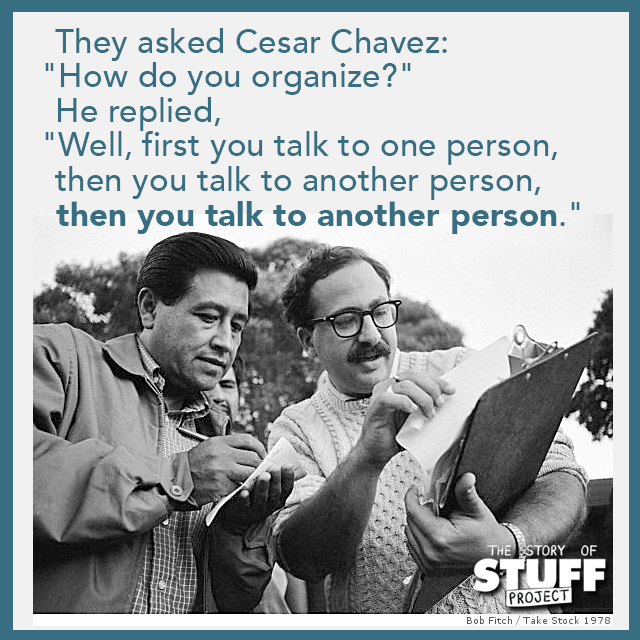 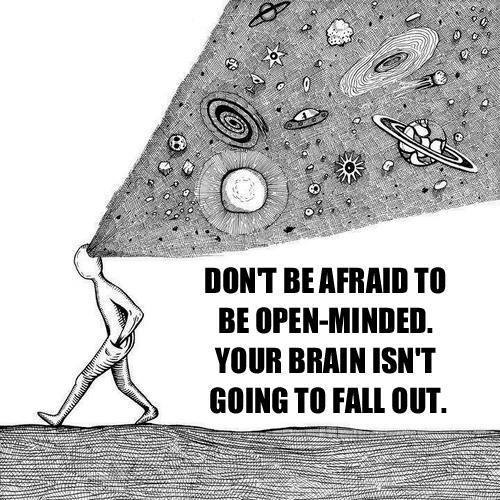 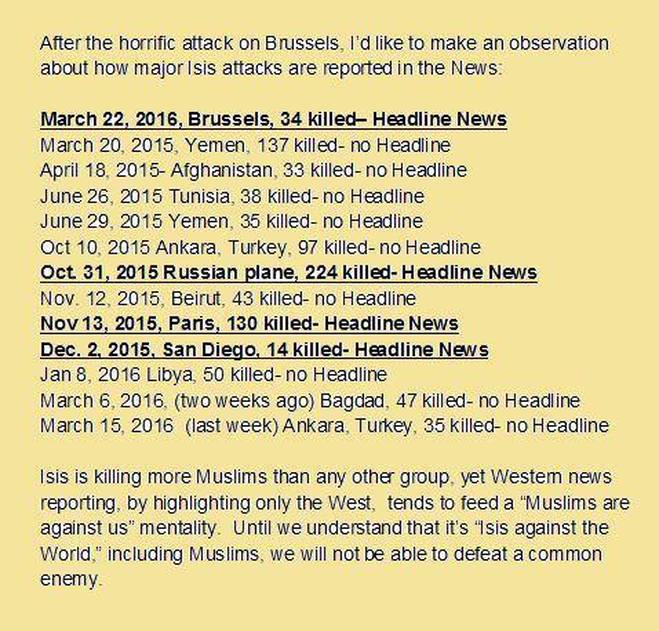 “The conscious and intelligent manipulation of the organized habits and opinions of the masses is an important element in democratic society. Those who manipulate this unseen mechanism of society constitute an invisible government which is the true ruling power of our country. ...We are governed, our minds are molded, our tastes formed, our ideas suggested, largely by men we have never heard of. This is a logical result of the way in which our democratic society is organized. Vast numbers of human beings must cooperate in this manner if they are to live together as a smoothly functioning society. ...In almost every act of our daily lives, whether in the sphere of politics or business, in our social conduct or our ethical thinking, we are dominated by the relatively small number of persons...who understand the mental processes and social patterns of the masses. It is they who pull the wires which control the public mind.” ― Edward L. Bernays, Propaganda
Propaganda by Edward Bernays (1928
“The worst illiterate is the political illiterate, he doesn’t hear, doesn’t speak, nor participates in the political events. He doesn’t know the cost of life, the price of the bean, of the fish, of the flour, of the rent, of the shoes and of the medicine, all depends on political decisions. The political illiterate is so stupid that he is proud and swells his chest saying that he hates politics. The imbecile doesn’t know that, from his political ignorance is born the prostitute, the abandoned child, and the worst thieves of all, the bad politician, corrupted and flunky of the national and multinational companies.”
― Bertolt Brecht
“Education is the most powerful weapon which you can use to change the world.”
–Nelson Mandela 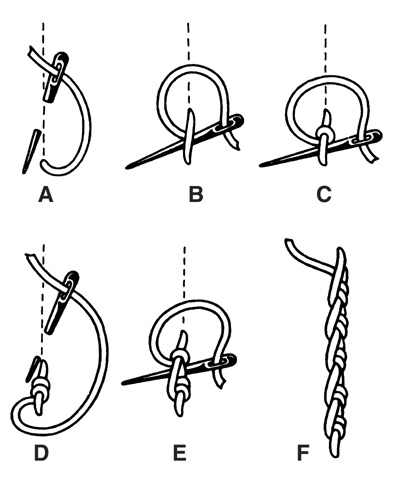 "To sew is to pray.
Men don't understand this. They see the whole but they don't see the stitches.
They don't see the speech of the creator in the work of the needle.
We mend.
We women turn things inside out and set things right. We salvage what we can of human garments and piece the rest into blankets.
Sometimes our stitches stutter and slow. Only a woman's eyes can tell.
Other times, the tension in the stitches might be too tight because of tears, but only we know what emotion went into the making.
Only women can hear the prayer."
~ LOUISE ERDRICH, Four Souls 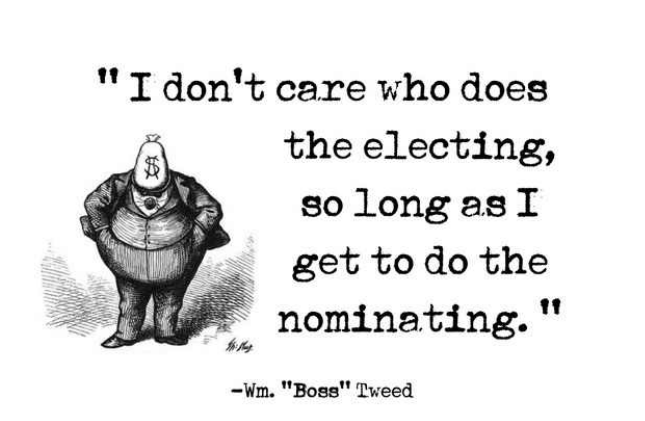 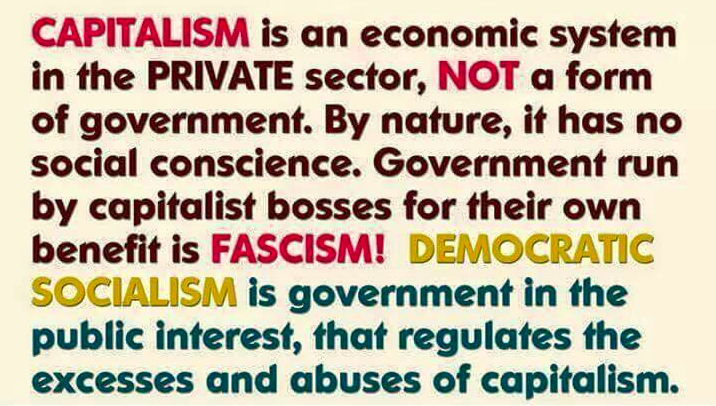 What part of this is hard to understand?
"Extreme positions are not succeeded by moderate ones,
but by contrary extreme positions."
-Friedrich Nietzsche, The Will to Power.

A little Socialism here, and a little Capitalism there; a concern for the public sector here, and a concession to the profit motive there; a sop to the "underprivileged" here, and a bow to incentive there — put them all together, and what have you got? Nothing but a great big rag-bag, a haphazard pastiche of odds and ends without any bones and without any guts!

Nevertheless, there is a Middle Way. There is a body of socio-economic truth which incorporates the best insights of both Capitalism and Socialism. Yet they are not insights that are artificially woven together to form a deliberate compromise. Instead, they arise naturally, with a kind of inner logic, from the profound ethical distinction which is the system's core. They arise remorselessly from an understanding of the meaning of the commandment: "Thou shalt not steal."

— Robert V. Andelson
(i) Never use a metaphor, simile, or other figure of speech which you are used to seeing in print.
(ii) Never use a long word where a short one will do.
(iii) If it is possible to cut a word out, always cut it out.
(iv) Never use the passive where you can use the active.
(v) Never use a foreign phrase, a scientific word, or a jargon word if you can think of an everyday English equivalent.
(vi) Break any of these rules sooner than say anything outright barbarous.